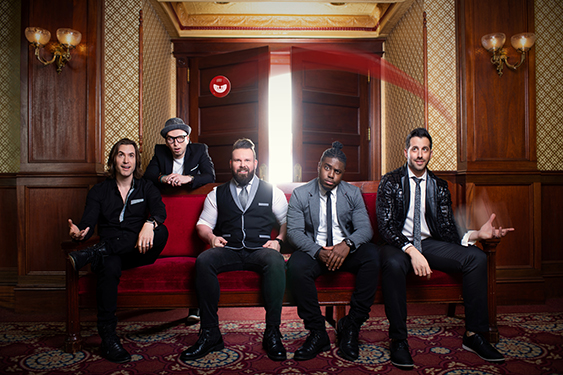 “Polished and professional, with a sound like no other.”
– Lydia Lowe, The Hutchinson News

VoicePlay’s performance is a wide range of styles, channeling the breadth of the musical landscape, with inventive and often hilarious on-stage theatrics. VoicePlay recreates the orchestrated sound of an entire musical production with only the human voice. Original. Imaginative. Ridiculous. A Cappella.